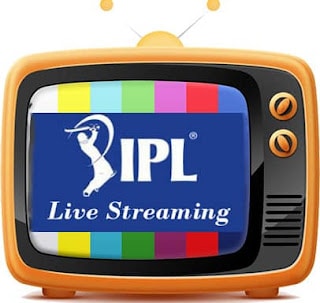 The 2022 Indian Premier League, also known as TATA IPL 15 or, for sponsorship reasons, TATA IPL 2022, is scheduled to be the fifteenth season of the Indian Premier League (TATA IPL), a professional Twenty20 cricket league established by the Board of Control for Cricket in India (BCCI) in 2007.

The season will see the expansion of the league, with the addition of two new franchises. This will make it the second season to have ten teams, after the 2011 tournament. Chennai Super Kings are the defending champions, having won their fourth title during the previous season. Background

Although earlier reports suggested the addition of two more teams in the previous season, the BCCI at their 89th AGM announced that the expansion of the league would occur only in 2022. In August 2021, the BCCI confirmed that two new franchises would join the league starting from the 2022 season. It was also announced that the franchises would be based in two of the six cities shortlisted by the BCCI; Ahmedabad, Cuttack, Dharamshala, Guwahati, Indore and Lucknow.

In a closed bidding held on 25 October 2021, RPSG Group and CVC Capital won bids for the two teams. RPSG paid ₹7,090 crore (US$930 million) for Lucknow, whereas CVC won Ahmedabad for ₹5,625 crore (US$740 million). The Lucknow team was named as Lucknow Super Giants on 24 January 2022, whereas the Ahmedabad team was named as Gujarat Titans on 9 February 2022.

With the introduction of the new teams, a ten-team format was created. This format consists of 74 matches and was introduced as retaining the previous format would result in 94 matches, significantly greater than the 60 matches from the previous season, where teams compete in a double round-robin tournament.

The ten teams are divided into two groups of five. In the group stage, each team plays 14 games: facing the other four teams in their group two times each (one home and one away game), four teams in the other group once, and the remaining team two times. The groups for the tournament were announced on 25 February 2022.

Each team plays the team in the same row and the same column twice, and all others once. For instance, Mumbai Indians will play Chennai Super Kings and the other Group A teams twice but the other teams from Group B (Sunrisers Hyderabad, Royal Challengers Bangalore, Punjab Kings and Gujarat Titans) only once. Similarly, Chennai will play Mumbai and the other Group B teams twice but all other teams from Group A only once. The format used is similar to the one used in 2011, with the only difference being that the teams were drawn according to seedings instead of being drawn randomly. The figures in parenthesis denote the number of titles won by the team.